A new survey commissioned by the IAB has unveiled some revealing insights about how consumers interact with affiliate content. What do this year's insights say about the ongoing popularity of publisher models?

As part of the annual IAB Adspend Study, a consumer survey is commissioned that assesses changing online behaviour. This year’s survey had a particular focus on device ownership and online video.

The YouGov survey sampled just over 2,000 British adults, weighted to be representative of the general population, at the beginning of February 2017.

Beyond the bulk of the Study that revealed such nuggets as the average UK household owning almost eight internet connected devices, there are a couple of areas that are directly applicable to the affiliate industry.

Taking as a cue such action as visiting a price comparison site, independent blogger, entering a competition or signing up for a newsletter, the survey found that three-quarters of all adults have engaged in what is broadly defined as an online performance marketing activity in the last six months, up marginally on last year’s numbers.

This is more or less evenly split between genders and ages (with the exception of 55+ aged adults), hitting 80% for people aged between 25 and 34.

Encouragingly for advertisers and publishers alike, those in the ABC1 demographic are more likely to be a member of cashback site or use vouchers than those in the less desirable C2DE classification.

The most popular activity as defined by the survey was visiting a price comparison site which saw almost half the population engaging with. Voucher code websites attracted one in four consumers with cashback sites around one in six.

For the first time the survey asked whether consumers interacted with loyalty sites (such as Nectar), with around a quarter doing so, and mobile voucher apps and deals. The latter has some work to do in cutting through to a wider audience with just one in ten saying they had utilised their services in the past six months to February.

As affiliate programmes capture more and more data, what are the metrics that advertisers and networks using to determine how to set commissions?
With the dust settled on the busy Cyber Weekend period, what does the performance tell us about the state of affiliate marketing?
More than two weeks have passed since Britain voted to leave the European Union. 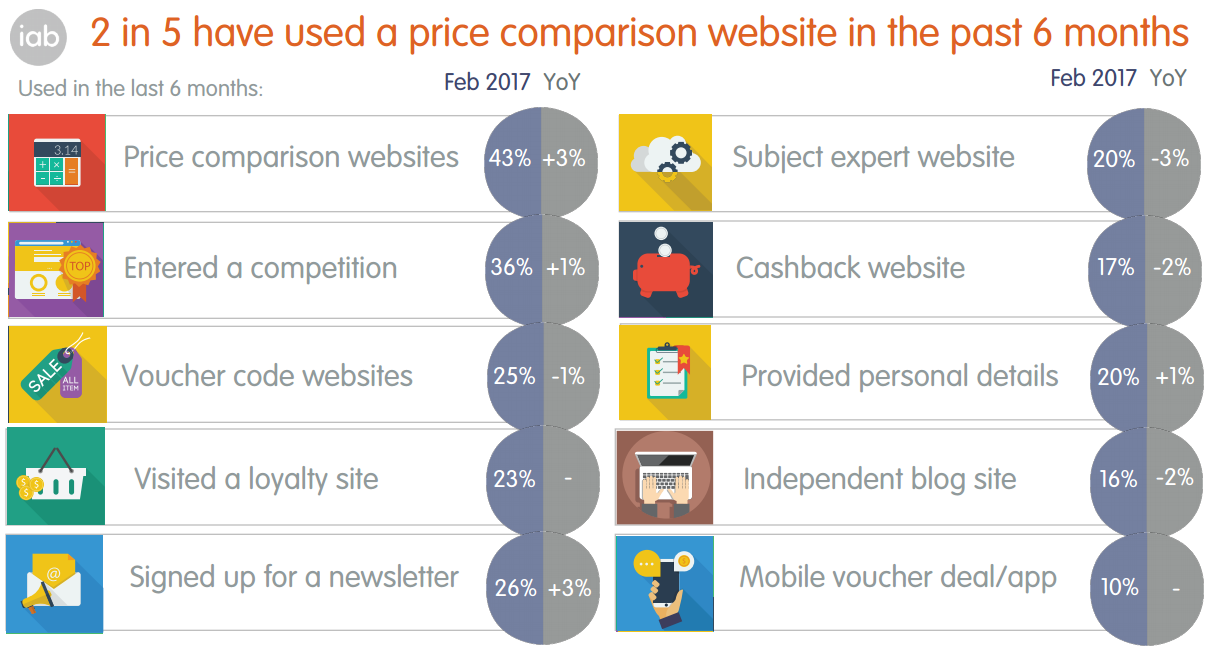