The UK has embraced the traditional Friday after thanksgiving shopping day into its own culture. As did Black Friday.

We can thank America for exporting some of life’s most meaningful things. The aeroplane, the light bulb, Ernest Hemingway, Disney, Coca-Cola, Facebook. Donald Trump. They all began life in the USA. As did Black Friday. And like the above list of Uncle Sam exports, with the exception perhaps of The Donald, the UK has embraced the traditional Friday after thanksgiving shopping day into its own culture.

The significance of online trading to Black Friday, particularly in the UK, has also created a new fight for consumer attention. The solution most brands have come up with: beat competitors to the punch by releasing offers and deals earlier in the week. Amazon – the online retailer we have to thank for making Black Friday a global shopping phenomena – launched its Black Friday Deals Store on Wednesday 2nd November this year. That’s a full 23 days before Black Friday! “Black November” seems a bit more appropriate, doesn’t it? In fact, US DIY giant Home Depot referred to it as Black November in a leaked 32-page planning document, and also launched their month-long deals extravaganza on 2nd November.

This trend is gathering pace in the UK too. Here is a graph showing trading on the Awin UK network in Black Friday week over the past three years:

The obvious point to note is how steep the growth curve was between Thursday and Friday in 2014 and 2015 compared to 2013. It emphasises that 2014 was the year Black Friday really came to town.

You might also notice that 2015 shows a pronounced upward trend beginning on Tuesday of Black Friday week last year. In previous years it was the Thursday before any significant upward trend was noticed. 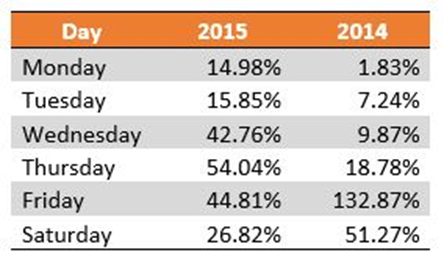 What began in 2014 as a huge one-day trading event, is quietly morphing into a week-long shopping bonanza.

Last year Jack Wills, Selfridges, Buyagift, Office Shoes and Red Letter Days all had deep consumer offers being pushed out by publishers on the Tuesday before Black Friday. Expect to see a similar trend this year.

We are now a week off from the big day and already retailers are deep into their Black Friday promotional plans. Consumer electronics remains a go to sector for Black Friday offers, and both Currys and PC World are already carrying a ‘why wait until Black Friday’ message alongside a host of major offers.

So this year, Black Friday is going to be big and the sales uplift will hit earlier in the week than ever before.

However, let’s end with a cautionary tale. In the last two years Black Friday has fallen on or after pay day for most UK businesses – 28th and 27th of the month. This year it’s on the 25th, which likely means a lot of people won’t have been paid. Less disposable income in play. Will it mean people are forced to wait until the following week to spend?

Awin will be running a live data visualisation for Black Friday to keep everyone up to date on the emerging trends of the day. Look out for more details on this next week.

More than two weeks have passed since Britain voted to leave the European Union.
A new survey commissioned by the IAB has unveiled some revealing insights about how consumers interact with affiliate content. What do this year's insights say about the ongoing popularity of publisher models?
As affiliate programmes capture more and more data, what are the metrics that advertisers and networks using to determine how to set commissions? 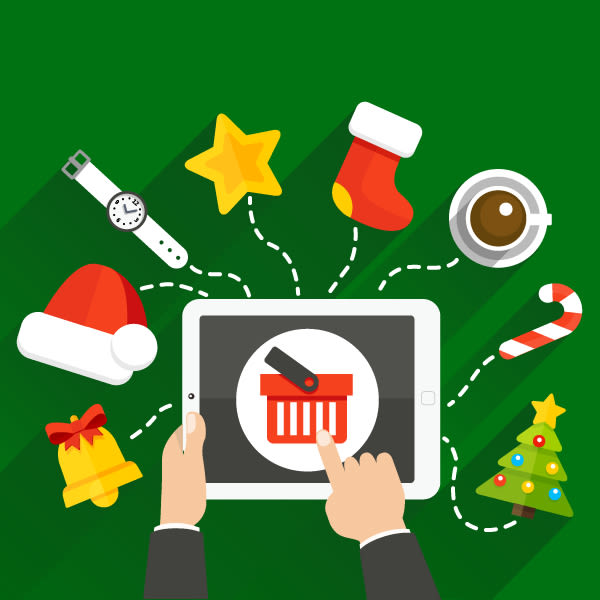