Awin's China Business Develop Manager Jillian Sun offers an exclusive look into Singles' Day 2019 and its impact on the country.

Singles’ Day celebrated its 11th year in 2019, and once again it was another record-breaking shopping bonanza with almost $38.4bn spent by consumers taking advantage of compelling retailer offers via Alibaba, the event’s main architect and advocate.

As a Chinese national who spent much of their professional career in marketing roles in the West, it has been fascinating to watch the event’s rapid growth. I trained originally as a journalist back home working for the state broadcaster China Central Television when Singles’ Day had practically no profile beyond our own borders.

Now, it is an internationally recognized event attracting column inches from high-profile business journalists across the globe as they struggle to comprehend the sheer size, scale and spectacle of this consumerist phenomenon.

Working within the marketing and digital advertising industry over the course of that evolution has given me a unique insight into the event. And it’s one that is increasingly pertinent as Singles’ Day has become an ever more global affair and Western brands aspire to participate in the interest it generates.

So what have I learned from the time I’ve spent in both settings? And what are the distinctive characteristics of the Chinese market that those operating elsewhere need to pay attention to, particularly around Singles’ Day?

Here are my top insights on the market in the wake of another remarkable event.

Alibaba is more than just Alibaba

Upon joining Awin I was tasked with managing the newly-launched AliExpress affiliate programs in various international markets. As someone who had grown up with a good working knowledge of the Alibaba group and its various commercial offshoots, it was interesting to realize just how little people outside of China knew about the parent company, the companies that sat underneath it, and how they related to one another.

So for the sake of clarity, here’s a quick summary of the company that has been so pivotal in popularizing Singles’ Day and which dominates domestic e-commerce sales.

Alibaba.com is the proposition that the company originates from. It is China’s biggest wholesale marketplace and is primarily used by other businesses, merchants and retailers for B2B trading.

AliExpress is another marketplace but this one is B2C focused, providing customers with a space where they can buy directly from manufacturers and retailers around the world.

Taobao is the world’s biggest e-commerce site and another marketplace that focuses more on smaller traders and SMEs. This focus means that it is largely made up of C2C or consumer-to-consumer transactions.

Tmall was originally sat within Taobao, but subsequently spun out into its own independent property. The platform provides both local Chinese brands and international ones with an online space where they can set up storefronts in which Chinese shoppers can buy their goods.

In addition to these four major e-commerce platforms, Alibaba’s reach extends into a variety of other sectors and industries including finance (Ant Financial), logistics (Cainiao Network), cloud computing (Alibaba Cloud) and numerous other areas.

With e-commerce sales in China representing an expected $2tn in 2019, the country is by far the biggest digital retail market in the world. Its share of that market is over 50% of the global one and nearly twice that of the next five countries combined. It’s safe to say that China is way ahead of the pack when it comes to digital retail and much of that is down to initiatives spearheaded by its tech titans, Alibaba, JD and Tencent.

The New Retail strategy championed by Alibaba that promises to bridge the online-offline gap in retail through technology is the most prominent of these initiatives. The objective, according to the company, is to dissolve the boundary between these two experiences and provide the consumer with whatever they need, whenever they need it.

Shoppers at Alibaba’s Hema supermarkets for example, can use the Hema app in store to scan barcodes that will bring up more information on the particular product they are considering. They can buy the product there and then or, if they prefer, place an order for home delivery instead. This kind of flexibility is transforming the experience of grocery shopping in China.

But this is clearly a tactic it aims to reproduce elsewhere too. Alibaba opened its first European store in Spain earlier this year, and is now reported to be gearing up for a move onto the UK high street too. The New Retail experience may soon be coming to a store near you.

China is undoubtedly a mobile-first nation, with mobile sales having overtaken desktop ones back in 2015. According to eMarketer, over 99% of Chinese digital shoppers will buy something via their mobile device this year, and that is particularly true on Singles’ Day. This year’s event saw more than 90% of transactions occur via smartphones. Singles’ Day is truly a mobile event.

And it’s easy to see why when you consider the online experience of shopping in China. It is highly social with short video formats and livestreams playing an increasingly influential role (more than 100,000 brands used livestreaming to market their products this year.) Not to mention the gamification of many online retail experiences and the pivotal role that KOLs (Key Opinion Leaders) play in informing shoppers on the best deals out there. That social aspect explains the recent popularity of social commerce platforms like RED among younger Chinese consumers, and necessarily made smartphones the most likely device to reach for during Singles’ Day.

Discounting is hugely important…but so is entertainment

Black Friday’s image has arguably suffered in recent years due to a combination of in-store chaos, discounting fatigue, consumer mistrust over deals not being market-leading, criticisms over sustainability, and a host of other negative factors.

By contrast, Singles’ Day has managed to preserve its status as an event that is fun and exciting and this is largely down to the fact that it is not just predicated upon discounting, but entertainment too.

The spectacular countdown gala with its roster of celebrity appearances (Taylor Swift headlined proceedings this year), the ‘See Now, Buy Now’ fashion catwalk shows, the interactive games within shopping apps that reveal hidden discounts ... all of these strategies combine to make the experience an enjoyably entertaining one for consumers.

Not only that but there is also a genuine sense of excitement in waiting for the sale to go live. Whereas the anticipation surrounding Black Friday has largely been diluted by retailer sales going live earlier and earlier in November, Singles’ Day sales have remained bound to the 11/11 date itself.

Consumers can shop for items and load up their carts in the lead up to the event, and this is actively encouraged. However those discounts don’t kick into effect until midnight has passed on the November 10.

In restricting itself to such a finite window of opportunity, Singles’ Day ratchets up the sense of anticipation around the event and ensures that engagement on the day really does skyrocket with shoppers desperate to take full advantage. This year it took just over 60 seconds for Alibaba to exceed $1bn in sales, and an hour to surpass the record set in 2015 of $13bn.

This is of course as true of China as it is of any market. All consumers require a degree of trust in the brands they buy from. However the interesting aspect is in how this manifests itself locally.

Marketplaces are particularly prominent in China, and the vast majority of Chinese shoppers will not only buy within these platforms but will also use them as a source of inspiration and research during their journey.

This is partly because of the volume of information that is often provided on marketplace platforms about the products being sold. Many marketplace environments now contain not just product listings but also UGC reviews and customer service support. As Tmall and Taobao President Jiang Fan said recently of their desire to improve brand stores on their marketplace, “Flagship stores are not only shelves for products, but channels for service and touchpoints for marketing.”

By providing this wealth of information to customers in one space, many users are increasingly trusting of these marketplaces as a place where they can search out products and buy them without the need to refer to other sources. The declining popularity of more conventional search engines like Baidu, which has found itself mired in controversy over its lack of transparency recently, only serves to underline this point.

Alibaba’s desire to expand the popularity of Singles’ Day beyond China’s borders is by no means a secret. Daniel Zhang has long made it an objective for the company and, following his elevation to the apex of the business once Jack Ma stepped down, it will remain a top priority for the future.

Alibaba already has around 130m customers that sit outside of mainland China and, in the other direction, there were around 22,000 international brands taking part in the event this year too.

Prior to the event there were was much speculation that the ongoing trade spat between China and the US might have a detrimental impact on international growth. A survey from AlixPartners had suggested three quarters of Chinese consumers would reconsider buying from US brands this year and instead opt for locally-produced goods as a patriotic alternative. But that doesn’t appear to have been the case, and the US sat behind only Japan as the top nation that Chinese shoppers bought from outside of China.

If anything, international shoppers appear more open to participating than ever before. Awin’s international AliExpress programs collectively broke the sales record set last year by lunchtime, generating almost 2.5x as much revenue over the course of the event.

If this objective of international expansion is to truly succeed though, I think affiliates will need to play a vitally-important role. For consumers to buy from new, international brands requires a degree of trust that only local authorities can provide. Whether they be social media influencers, transparent comparison sites, respected media houses or trusted deal platforms, affiliates like these can help cultivate this kind of consumer confidence.

As a Chinese ex-pat living in the UK and managing affiliate accounts for some of China’s biggest brands, it will be fascinating to see how this trend evolves in the coming years. 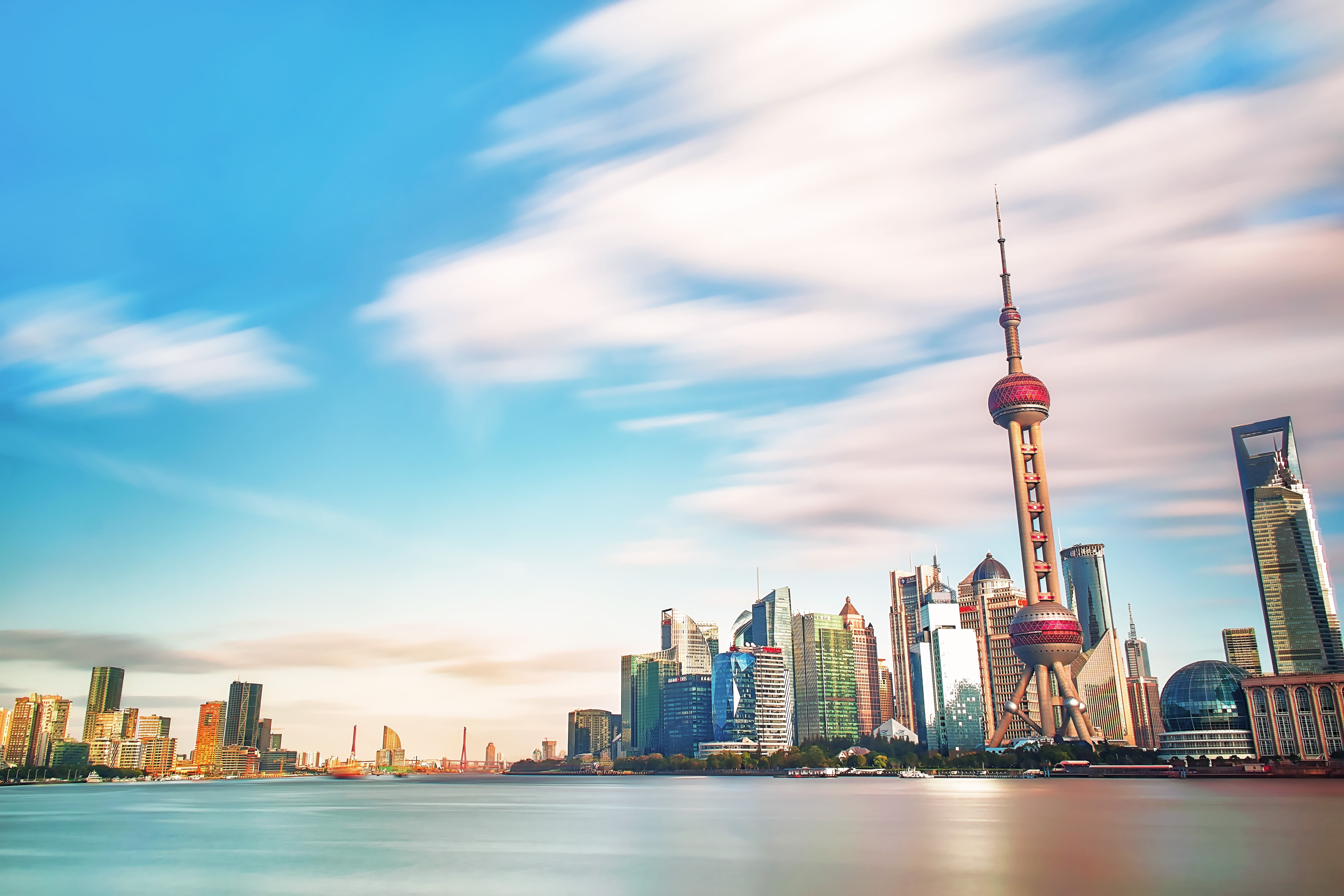