With fashion one of the biggest affiliate success stories, what is the rise of the influencer teaching us about how to work with publishers in 2017?

One of the biggest growth areas in e-commerce is so-called fashion. Many retailer who operate in this space appeal to a largely young audience, brands who offer extensive ranges of low-cost products that turn around new styles and stock that defies the seasonal approach to clothing.

Awin has experienced an explosion in the number of retailers who fall into this category over the past couple of years compounded by the number who, in eyeing overseas expansion, are opening programmes in multiple countries.

So what trends can we broadly identify from these retailers when we assess their performance in the affiliate channel?

It won’t come as any surprise that they attract a significant set of affiliates to their programmes. When considering the scope of affiliates that advertisers can work with, it’s worth bearing in mind that retail in general offers the greatest opportunity by volume of publisher partners.

Utility and finance based programmes typically appeal to a smaller subset of affiliates, albeit still hugely valuable. Within travel, some of the major meta-search partners may also sit outside of the remit of the channel.

The affiliate categories that drive sales and clicks can therefore be significantly different between sectors. Take figures from the end of last year on the network. Within travel around 38% of sales originated from price comparison sites. This is not surprising when the methods consumers use to book holidays are considered. In comparison just 4% came from voucher or coupon sites.

However when we assess the volume of sales originating from those same two groups of affiliates, coupon and voucher sites in the fast fashion sector pull in ten times as many transactions, with price comparison portals barely registering. It’s worth stating that the volume of affiliates driving these specific sales will be relatively small, dominated by huge, global affiliate brands such as Flipit, Cuponation, Retailmenot and vouchercodes.co.uk.

What of the bloggers, content and social media affiliates brands are increasingly turning to for product endorsements? Across the Group they pull in almost one in three sales, an impressive number for affiliates who can often find it difficult to compete with the power of the major incentive sites.

The key to understanding the power of these affiliates however is to consider additional metrics that indicate the value and impact they have. For example if we consider clicks, a clear indicator of intent, then we get a quite different picture.

The same three types of affiliates combined find their share of clicks double to 66% with voucher and coupon sites only accounting for around one in ten clicks on the network. If we break down the figures for just bloggers, we see them pull in around the same number of clicks as voucher sites but they have to drive 12 times as many of those clicks in order to secure a sale compared to a typical coupon portal.

That’s a staggering difference. It obviously does not mean that we should conclude the quality of a blogger’s traffic must therefore be poor. By simply assessing their quality according to a simple metric such as a click or a sale we ignore all the other elements we need to consider that would build out a more ‘3D version’ of the customers they’re generating. Measuring a click interaction doesn’t give us any idea of who the consumer is, how they’re interacting with the content and what their intentions are.

Let’s think about some of the metrics we might want to measure.

The length of time consumers spend interacting with affiliate content is a good indicator of interest, the latency (or closeness to sale) is another. If someone spends a considerable amount of time on one affiliate site then immediately bounces to another and purchases almost immediately we can safely conclude the initiating affiliate is adding substantial value for which they’re unlikely to receive any reward.

Other parameters we should also consider could be post-transaction pieces of information such as whether the sale came from a new or existing customer and what that shopper then went on to buy over the next three, six and 12 months.

These are more qualitative measurements that it’s important that should ultimately feed into how we consider setting commissions. In theory it is completely possible to match an individual retailer’s ‘ideal’ customer with an affiliate’s typical shopper. In this instance it is obviously in the advertiser’s interest that their commission rate should reflect the value they are delivering.

In the absence of this being standard practice, we are starting to see advertisers in the fashion space look at rewarding affiliates who are driving additional value. We know that brands are increasingly looking to fashion bloggers and content sites for engagement with their products (and at a time when influencer marketing is starting to edge up the marketing priority list), so the time is ripe to better understand areas such as customer quality that are particularly prevalent in the fast fashion segment.

Another is the position that affiliates play in the sales’ funnel. Consider early stage, exploratory and discovery traffic that then gives way to more considered and certain decision making, ultimately ending in a sale. Typically we have seen paths to purchase within the affiliate channel (not taking into account interactions from other digital disciplines) that are quite linear, in other words not involving many affiliates at all.

This doesn’t apply universally and within the fast fashion segment bloggers and content sites are, on average, more likely to have their clicks overwritten by other affiliates than any other affiliate type.

However what has shed additional light on this issue is the growth of smartphone traffic and sales across Europe.

Black Friday 2016 was a watershed moment for the network regarding smartphone sales. Not only did Black Friday (the day after Thanksgiving in the US that is a critical shopping day for retailers) cement itself in countries such as France and The Netherlands for the first time, smartphones saw a significant bump in clicks and revenue.

Of all the additional growth in sales across the entire network 46% of this increase came from smartphones, compared to 42% from desktop and just 12% for tablets.

Compared to 2015, smartphone sales grew at five times the rate of desktop and three times that of tablets:

In the graph the section from midnight to 6am is highlighted. Whilst this period of the day did not see the highest volume of sales, it did witness a more than doubling in year-on-year transactions, the only section of Black Friday that saw a more than 100% spike. And midnight actually outperformed a couple of hours during the afternoon.

Fashion was at the forefront of this trend. As a network 19% of sales originated from smartphones on Black Friday but within the clothing sector this rose to 26% across the Group. Generally speaking bloggers and editorial content are in line with this overall figure. However when we drill down to smaller volume, but still important, social media content affiliates, the smartphone number more than doubles to 55%, clicks registering at an even higher proportion.

We can zoom in even further to identify an even higher impact via handsets when we isolate the time of day. If we pick ‘prime smartphone hour’, that of 7am, when sales through these devices was at its zenith for example, the number edges even higher to 63%.

While there is regional variation with North-West Europe generally experiencing high volumes than Central and East Europe, there is a clear trend upward trend across the board.

So why is this important for the fashion industry?

In deciphering any numbers it helps to try to paint a picture of what might be going on behind the data.

We’re all consumers and in reading this it’s more than likely you are an online shopper who owns a smartphone and you use it to both research and buy products. Expanding this more widely we know that consumers are using their phones on the move, typically (from an e-commerce perspective), when they are not necessarily in the right frame of mind to buy. So perhaps this is the research, discovery phase. When we overlay this with age data the pattern becomes even more pronounced as this shows that people in younger age brackets are up to 50% more likely to access the internet on their smartphone. We should make a similar conclusion about their propensity to buy.

Therefore for fast fashion, which is targeting the mobile-only generation, any affiliates with high proportions of smartphone traffic and sales are an attractive addition to their affiliate programme.

But inherent in this are problems for a payment model premised on last-click cost per acquisition. If you’re a blogger and you know people are accessing your content-rich site to research products but then they either purchase direct on another device or through a different affiliate, your hard work in driving their interest goes unrewarded.

Advertisers working in this sector therefore should be analysing their affiliate data to compare the volumes of traffic and sales that track via smartphones for all their publishers and comparing the conversion rates of those who over-index. It is likely they will also be experiencing lower click to sale ratios.

In the UK, US and France we have rolled out a cross-device solution that further highlights how mobile-heavy affiliates lose out to other affiliates when more complex journeys are not joined up. Conversely the affiliates who lose out more than others are those who are most likely to benefit when we’re able to piece the consumer journey together by stitching smartphone, tablet and desktop interactions together.

Unsurprisingly social media focused affiliates – as those attracting the highest proportion of smartphone traffic and sales - do proportionately better than any other affiliate segment, scooping up in some cases, more than 50% revenue when this additional layer of tracking is added.

Fast fashion remains an exciting and fast-developing space to operate in. The affiliate channel offers huge opportunities for retailers to expand their reach as well as generate significant revenue. Now is the time to supercharge programmes by understanding the details and nuggets of information that sit behind the numbers. 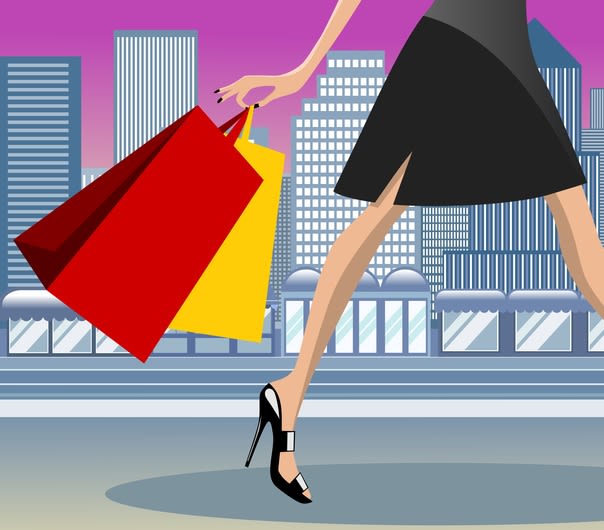