While digital marketing has undergone significant change in the past decade, much of this change has been incremental.

However, in the past two years, a challenge to marketers has emerged with the potential to cost the industry billions and forever transform its advertising practices. The subject in question is ad-blocker.

Ad-blocker is a digital technology that prevents the display or downloading of advertising enabling website visitors to consume content in an advertising-free environment.

Ad-blocker has gathered strength to become a globally pervasive phenomenon, presenting content publishers, brands, marketing agencies and advertising technology vendors with significant challenges. Emerging data points to ad-blocker as a growing issue, which is looming as a major obstacle for marketers and their advertiser clients.

How Many People Are Using Ad-Blockers?

According to PageFair and Adobe’s 2015 ad-blocker Report, in 2015 there were an estimated 198 million active ad-blocking users globally. In 2016, ad-blocker grew by 41% globally, while the growth rate in the United States was 48%. In 2015 ad-blocker was estimated to be costing publishers $22 billion.

Fast-forward to 2019, and at least 34% of adults 18+ are actively using ad-blockers. The average user is male, computer literate and has children under 18 in their household.

What Ads Are Driving Ad-Blocker Adoption?

Website visitors have been driven to adopt ad-blockers primarily because of three types of intrusive advertising formats:

Interestingly, the rising acceptance of ad-blockers is not entirely driven exclusively by a dislike of ads, but focuses more on the delivery methods.

Three of the primary reasons why website visitors started employing ad-blocker technology are:

Moreover, the primary motivation for continuing to use ad-blocker technology is as much about protecting their device as it is about the advertising itself. More and more people are concerned with protecting their computers, tablet and smartphone devices against viruses and malware, while looking to increase the performance of their devices. There’s also a negative response to current advertising at play, while many find advertising distracting from what they are doing. However, if it meant better access to content, many users would probably disable their ad-blocker.

Why Users Are Blocking Ads In Increasing Numbers

First, online audiences do not realize how much advertising is funding their digital content experience. Audiences are largely unaware of the role advertising plays as a funding source for much of the free content found online.

Frustration with advertising in its current form is the key driver behind the current upswing in ad-blocker adoption rates globally. Access to online content has become ever more difficult to navigate because of the amount of advertising you now have to sift through to get to it. The growth of the ad tech sector has arguably made the user experience for most websites more frustrating, despite the fact that load times, connection speeds etc. should be better for everyone. As a result, this consequential negative user experience of slower load times and potentially higher data usage on mobile devices has been found to be one of the biggest causes for ad-blocker adoption in areas such as Indonesia.  Ad-blocking advocates see advertising as unnecessarily intrusive and irrelevant.

There is abundant evidence of this demand for ad-blocker tools spreading to mobile platforms. Recent research indicates one in three smartphone owners believe they see too many ads when browsing the mobile internet. A large cluster of this mobile user pool is currently unaware that ad-blocking technology is available for their mobile devices. Once this awareness of mobile ad-blocker technology increases, the advertising industry can expect to take another major hit to its revenue growth.

A fresh approach is being advocated by the Coalition For Better Ads, an industry group drawn from the ranks of advertisers, publishers and internet technology providers. They are looking to reform industry practices by banishing the most intrusive types of ads, such as those that force you to wait a pre-set amount of time before you can move past them, or automatically play sound, or take-up too much of your screen, interrupting your overall user experience of the website you’re visiting.

Companies in the coalition are discussing a range of ideas, including the pre-installation of a selective ad-blocker on web browsers to effectively prohibit these forms of advertising from the internet.

It might seem like an act of self-immolation for advertisers and agencies to embrace ad-blocker in any form, but there may be a silver lining to the stormy ad-blocker cloud.

Given that one of the primary reasons people are deploying ad-blockers in rising numbers is due to the ads making websites slower and harder to navigate, if the advertising industry can block the worst offending types of advertising then perhaps people will no longer see a need to employ blanket ad-blocker tools. Secretly, the coalition hopes people can also be persuaded to turn off some of those existing ad-blockers. This action would save more advertising revenue than it currently stands to lose by running less intrusive ads that take over the screen and destroy their audience’s concentration.

How do ad-blockers affect affiliate marketing?

Affiliate marketing is able to offer a clear value exchange through its data-light tracking capabilities, usually providing product information, pricing, reviews or discount codes or cash back with the aim of encouraging a user to purchase.  The affiliate site used is paid a commission on all valid sales in return for driving these customers to convert; this exchange results in a partnership that is mutually beneficial, rewarded and transparent.

Any domain being used to serve affiliate creative, click-throughs or tracking requests could be blacklisted by an ad-blocker solution if requested, meaning banners are not displayed, click-throughs fail and affiliate tracking may not load on the advertiser’s website.  The obvious outcome is greater difficulty tracking affiliate sales and rewarding publishers when they have driven a sale to an advertiser’s site.

Due to the nature of ad-blockers, affiliate marketing cannot go unaffected, but since its rise in 2015 Awin has worked to ensure that ad-blocker software impacts as little of our business as possible. As ad-blockers work primarily by blacklisting sites and domains, we are constantly testing these statuses and looking for ways to ensure ad-blockers disrupt as few of our partners as possible.

At the moment we are aware of two major ad-blockers which block Awin links by default - uBlockOrigin and AdBlock Plus, which may block certain types of creative. We will continue to routinely test our service against the major ad-blocker software and post any updates if a major ad-blocker changes its behavior towards us.

The good news for the affiliate industry is that ad-blocker software wants to target companies that serve large volumes of banner creative across the internet, which means performance-display networks are much more likely to be blocked than ads associated with affiliate marketing.

Browsers Step Up the Pressure

Browser-makers like Google, Apple and Microsoft are playing a role by entering the ad-blocker arena. In February 2018, Chrome released a default ad-blocker, which now has over 60 million users to date. This development is significant as Chrome is presently used to view around 56% of web pages, according to analytics provided by StatCounter. Around 42% of websites Chrome warned for their unacceptable advertising practices have already reduced their advertising presence to meet Google's standards.

As part of their process, Google evaluates websites and issues a warning to websites featuring overly intrusive ads of the consequences in the Chrome environment. If the website fails to amend its practices, they are added to a blacklist. Once on the blacklist, Chrome block all ads on those websites until the website complies with Chrome’s publishing standards.

In advertising, money talks. Unsurprisingly, advertisers and ad-purchasers may play a pivotal role in driving the reform movement by diverting their spending to publishers and advertising networks that are fully compliant with the coalition's guidelines.

However, that is likely to be even more contentious than simply adopting a selective ad-blocker philosophy, despite this being the most effective method of convincing websites to comply.

The Current State Of Play

Undeniably, online advertising propelled the growth trajectory of the internet by funding websites like Facebook and Google without forcing audiences to pay up for content subscriptions. In Facebook's example, advertising unleashed a digital phenomenon that grew to a massive scale. Now, as the backlash emerges against annoying and intrusive ads, readers are about to discover the true cost of all those once free websites. We are seeing more and more content sites start to offer subscription models or paywalls on-site, to encourage donations to keep their pages running.

Will Publishers Migrate to Subscription Models?

Publishers are exploring a range of options designed to help cope with the continued rise of ad-blockers and their impact on online advertising-driven revenue. The New York Times and the Washington Post followed the early innovation by the Wall Street Journal and accepted the implementation of subscription ‘paywalls’ to quarantine their premium content.

A paywall replaced Wired magazine’s initial response to block readers with active ad-blockers, while online news site Salon experimented with allowing ad-blockers in exchange for borrowing readers’ browsers to mine cryptocurrency, a secure form of digital currency that is difficult to counterfeit.

Digital display advertising as a promotional technique has some clear downsides. They slow down website response times and consume device battery life. Increasingly, they are tracking our online behavior in an all-consuming obsession with building profiles to match ads to our interests. They can be annoying and distracting and thus, we’ve seen conversion and click-through rates for them drop significantly since they were first launched. Ad-blocking carries the potential to change the future of digital advertising, and we’ve already begun to see changes in the industry, including new approaches to tracking.

Whether you love, hate or simply tolerate advertising, it is an essential tool to allow users free access to information. Ad-blockers have paved the way for consumers to become far more aware of the tracking technologies that are used across the digital advertising industry, and more recent developments such as GDPR and ePrivacy have meant that transparency regarding data gathering, with a focus on personally identifiable information, has become more prominent for the average consumer. As a result, we are finding more companies and technologies looking for new ways to advertise and speak to their customers in a targeted way.

Affiliate marketing can be a great solution in these instances, as a relatively data-light marketing method that allows advertisers and retailers to contact bespoke audiences that they otherwise might not be able to reach without deeply integrated ad targeting.  The clear value exchange that embodies the affiliate marketing industry puts the channel in a position of strength in an increasingly data-wary world.

With the proliferation of choice the internet now offers consumers, the concept of brand loyalty has undergone a radical transformation in recent years.
In his chapter for The Awin Report 2019, Seán Mahon from Equator shares how to secure affiliate marketing as an integral part of the wider digital mix.
Statistics show that YouTube may be the most undervalued tool when it comes to affiliate marketing. 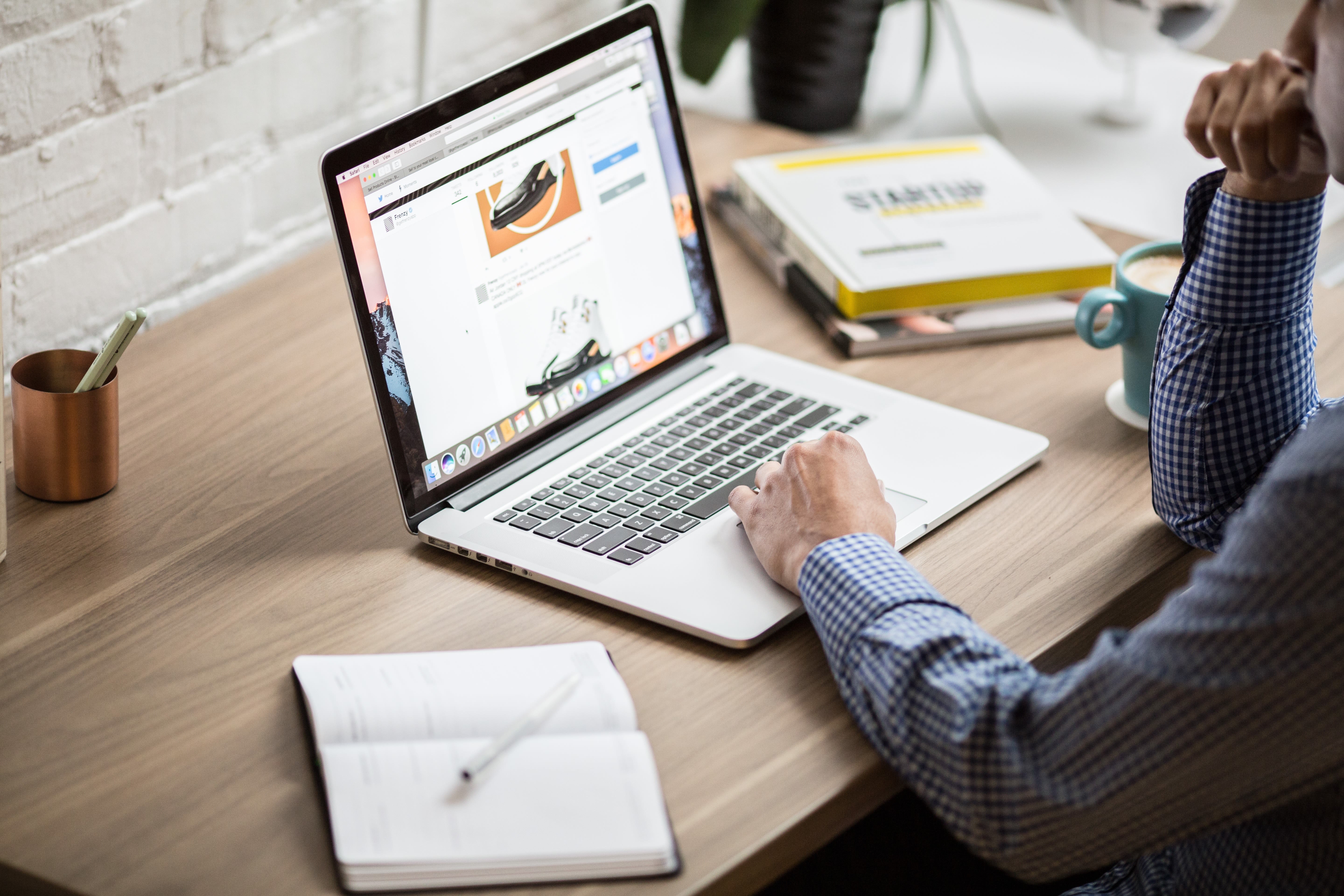